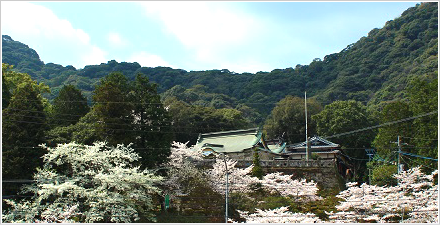 Message bodyAccording to the ancient documents that Takeo shrine holdings, the primary chief priest of the Takeo shrine have had a God\’s revelation. And then Takeo shrine was built at the foot of Mt. Mifuneyama in order to be this regions peace and calm.
Takeuchi-no-Sukune (the main god of Takeo shrine) and 4 gods have been deified.

Takeuchi-no-Sukune the main worshiped deity was the government aide, has worshiped for five emperors.
Takeuchi-no-Sukune was the most longevity god, lived 360 years and had also been reported to have demonstrated a special abilities as a Shinto priest.
Takeo shrine has been revered by citizen, as the shrine to pray for longevity and good luck charm.

Yabusame is a type of mounted archery in traditional Japanese archery.
An archer on a running horse shoots three special \”turnip-headed\” arrows successively at three wooden targets.
This style of archery has its origins at the beginning of the Kamakura period（AD 1185-1333）. Minamoto no Yoritomo became alarmed at the lack of archery skills his samurai had. He organized yabusame as a form of practice. 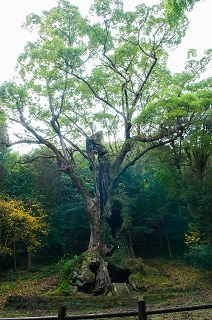 The huge camphor tree “Ohkusu”
In Japan, it is believed that God dwells in the universe for a very long time. Especially ancient people prayed and gave thanks to huge trees and rocks. There is a large camphor tree “Ohkusu”, which is also respected as a holy tree at the foot of the Mt.Mifuneyama that God lives. Estimated age of the old tree is about 3000 years. the height is 27 meters and the outer periphery of the root is 26 meters. As a result of withstand the harsh environment, the base has become hollow. The size of cavity is roughly 20 square meters. According to a survey conducted by the Japan Environment Agency has carried out in 1989, it has been certified with the big tree in the sixth in Japan. The tree’s roots digging into the earth, some bulges of the root looks like rocks and spreading branches so as to cover the universe remind us of the amazing vital force that withstood the various severe ordeal for more than three thousand years. Even now the old days, the Ohkusu which is full of majestic and dignified is the subject of faith for longevity and good health.The tree that has a nickname of “Takeo no Ohkusu san” is loved as something that one can rely on. 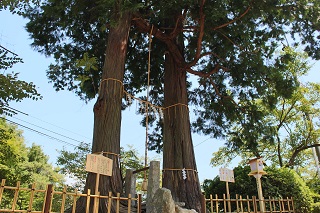 It has been said that these roots of the cypress have been joined by the power of God. What is more, the middle of the trees have also been joined each other.
The integral root is represented the sense that couples get along,connected branches in the middle of trees have been faith as a symbol of harmonious man and woman, blessed with good work, blessed with money and so on.

⑤How to worship the Takeo shrine

There is a lot of respects and taking care of god in shrine since the age of god, so during you visiting shrine, you should do everything in good faith.
This is the way to visit Takeo shrine and manners for visiting.

2）Sandoh
The approach to the shrine from Torii is called “Sandoh”
The center of the approach called”Seichuh”is considered as the sacred pathway “kami”spirits / gods walks.
When you walk the approach to a shrine, you should walk a side of the way as much as you can.

3）Temizuya(Shinto water ablution pavilion for ceremonial purification)
After you go through the Torii you get to Temizuya.
You purify your hands and mouth.
Please watch the signboard which shows how to purify was written.

4）Pray to God
When you pray in front of the main shrine”Haiden”,first of all you should thank to God bless. And then you make your wishes.
Please watch the signboard which shows how to purify was written by the side of the offertory box.

5）Old camphor tree
There are an 3000 years old camphor tree in the guardian forest back left side of the Haiden. If you want to visit the Ohkusu, you purify your hands and mouth again at “Ni no Temizuya”.

1）When you get the front of the Haiden, you bow once.

3）Ring the bell a few seconds.

4）Bow twice.
And then you deeply bow twice.

5）Clap twice
Put your hands together in prayer and then a little bit slide your right hand.
Clap twice in prayer while thinking about your wish. Specific wishes are preferable to vague wishes.

6）Deeply bow once to the Haiden again.

⑦Temizuya(How to purify your hands and mouth)

2）And change hand and purify right hand by the water.

4）At the end purify your left hand again.

5）Hold the ladle vertically to purify the handle with the rest of the water in the ladle.
Place it back on the stand in the basin.
You have to do a set of rules by a ladle of water. 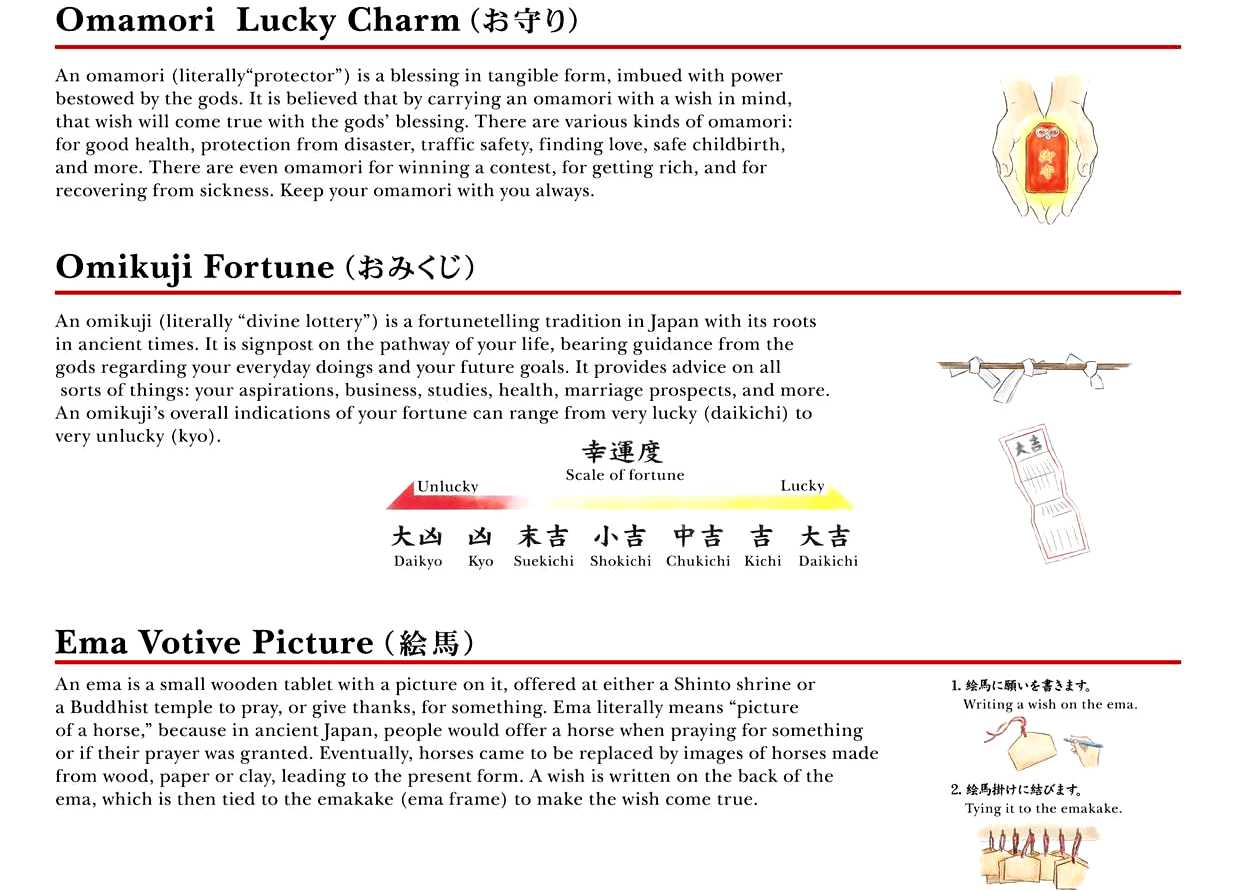